The History of the Olympic Rings Logo 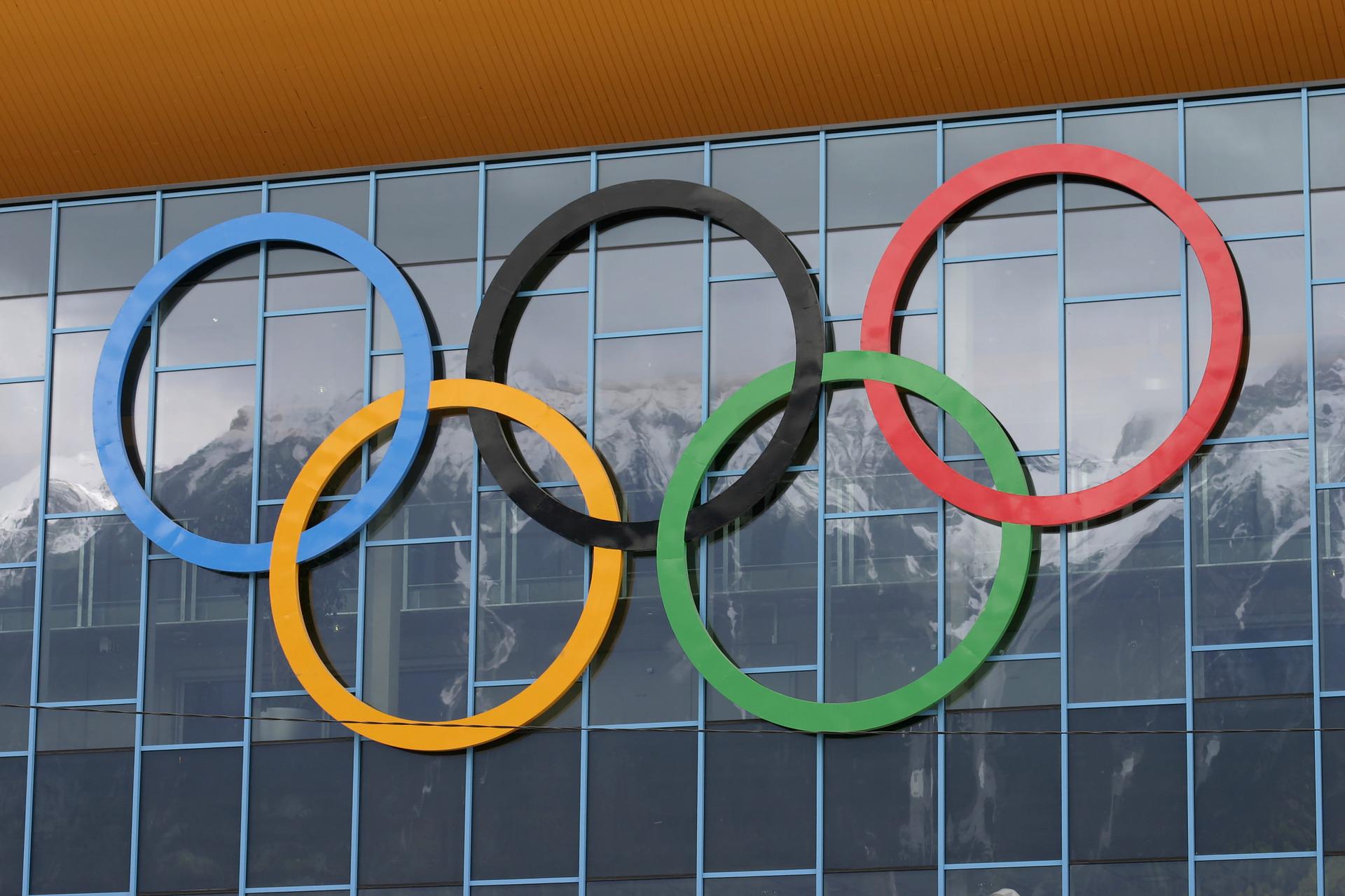 The ever-living Olympic rings logo is more than a century old. However, its symbolic representation dates back to history like a timeless masterpiece. When talking about the Olympics, a few popular scenarios revolve around the mind. These may include,

*)    The awarding ceremony of winners with gold, silver, and bronze medals.
*)    Athletes marching passionately during the energetic opening ceremony.
*)    Flags of different countries waving all over the air.
*)    Most of all, the five Olympic rings and the attractive flaming torch.

The iconic logo design of the Olympics with five interlocked rings follows a long history. Many people are aware of Olympism and its details. However, only a few of you give attention to the story behind its logo. Recently, we came across detailed research on the five intertwined Olympic rings. In the end, we were able to answer a few important questions easily.

Let us start with the most important question:

Who Created The Olympic Rings? 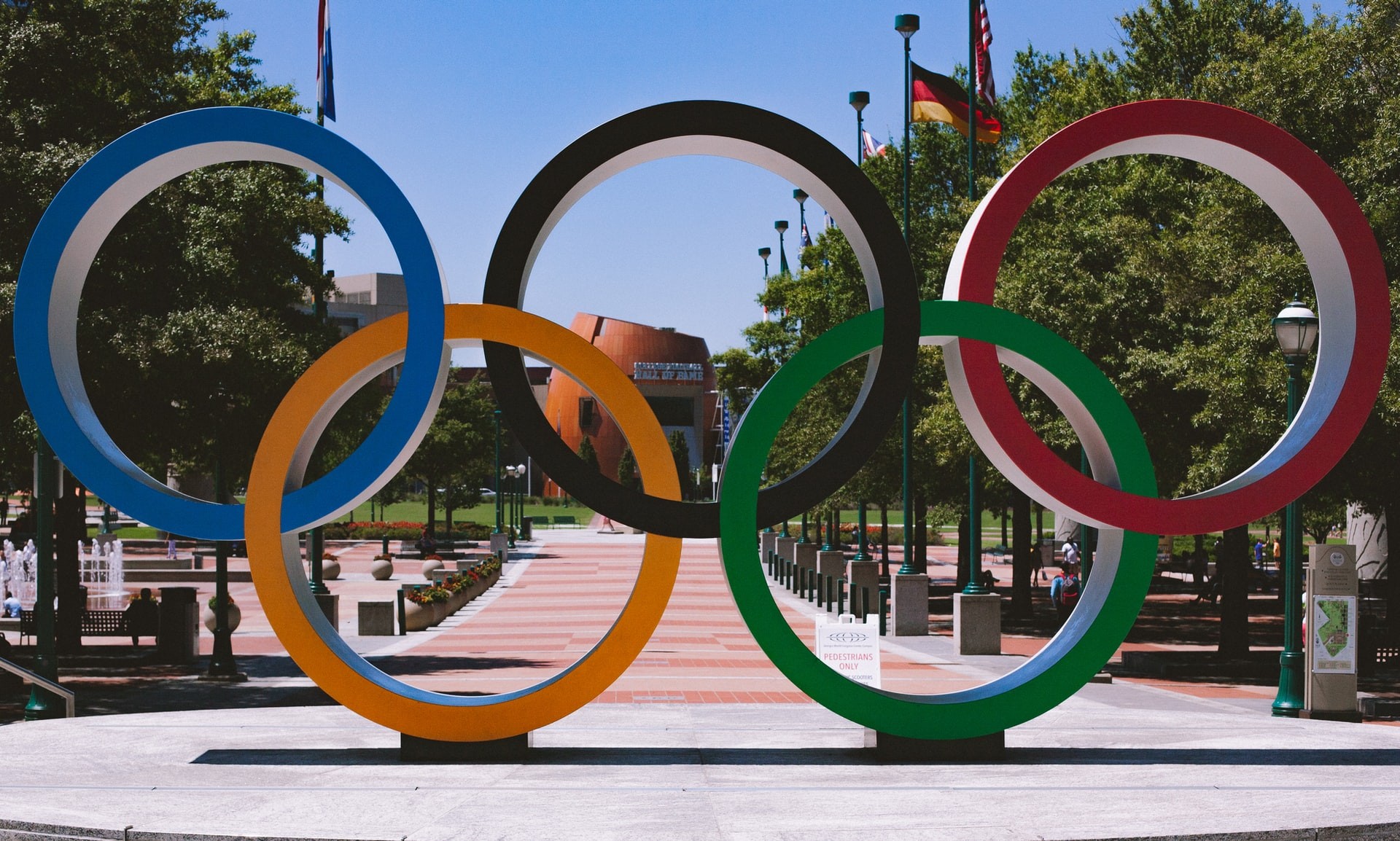 Baron Pierre de Coubertin, the co-founder of the modern Olympics, created the Olympic Rings logo. The French aristocrat created this logo as a symbol for celebrating two decades of the Olympic Games. When creating this logo in June 1914, the baron announced the symbol to be ‘an international emblem.’

Also, he considered the five rings could represent the unity of mankind. This dynamic symbol is one of the most popular logos all over the planet and a symbol of peace. However, there is much more to this logo design. Before diving further into the interesting history of the Olympic rings logo, let us know more about the game.

The History of the Olympic Games 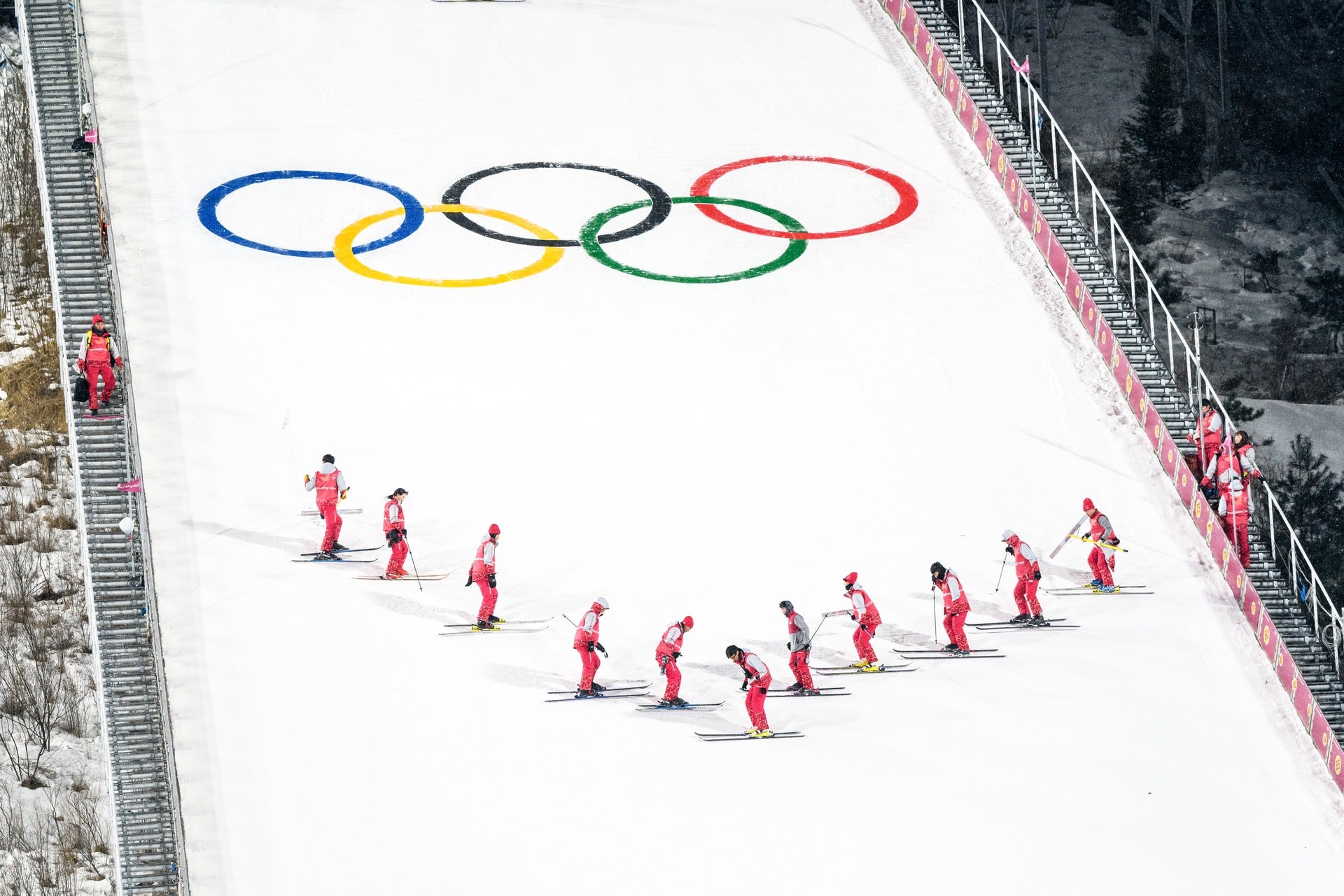 When talking about the history of the Olympic Games, everything dates back to Coubertin alone. He is not only the founder of the symbolic logo design but much more. Besides being a 19th-century French aristocrat, he was a historian, athlete, education reformer, and sociologist.

According to the International Olympic Committee (IOC), Coubertin in 1889, organized the world’s first-ever congress on scholarly competitions and physical education.

It was held at the Paris Universal Exposition. In 1894, he became the founder of the IOC. Also, he proposed the idea of the modern-day Olympics. This idea came into being after two years in 1896 in Athens. The legacy continued when the Olympics Games were again organized in Paris, in 1900.

Coubertin was passionate about bringing together the most enthusiastic of athletes from every corner of the world. He wanted these skilled players to compete against each other for motivational reasons. Also, he suggested the games be held in different countries every time.

A Brief History of the Olympic Rings Logo 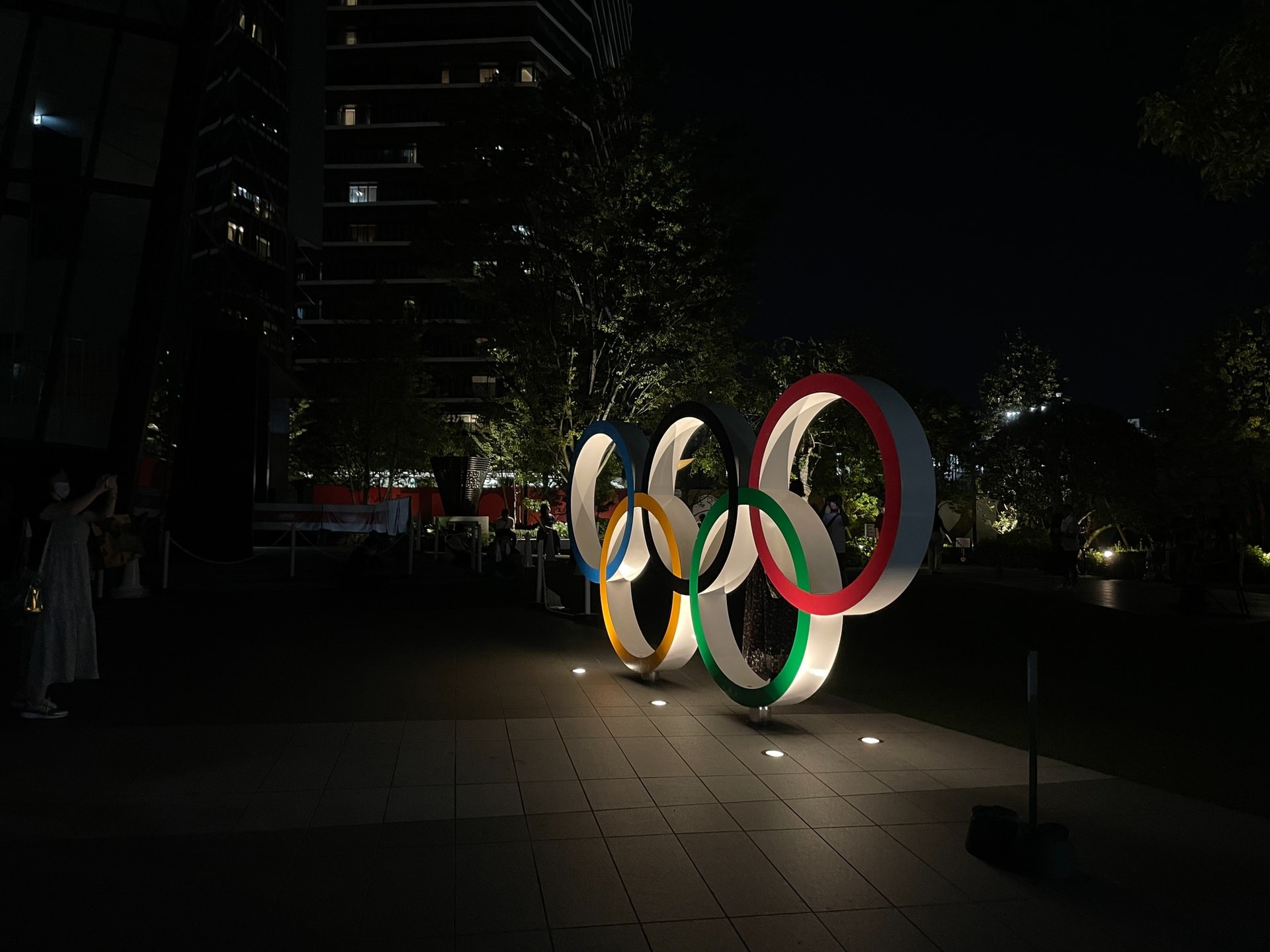 The Olympics held in 1912 in Stockholm, Sweden, took the game to another level. This series came different as it held participants from each of the five continents of that era. It means athletes from Oceania (New Zealand + Australia), Africa, Europe, Asia, and America (North + South) were ready to compete against each other.

The vibrancy of players in the game turned it into a dynamic and global sports festival. It is when Coubertin designed the universally-recognized Olympic rings logo. Today, this logo is used in every winter and summer game. Besides design, the meaning of this vintage logo brings further attraction.

What Do The Olympic Rings Represent? 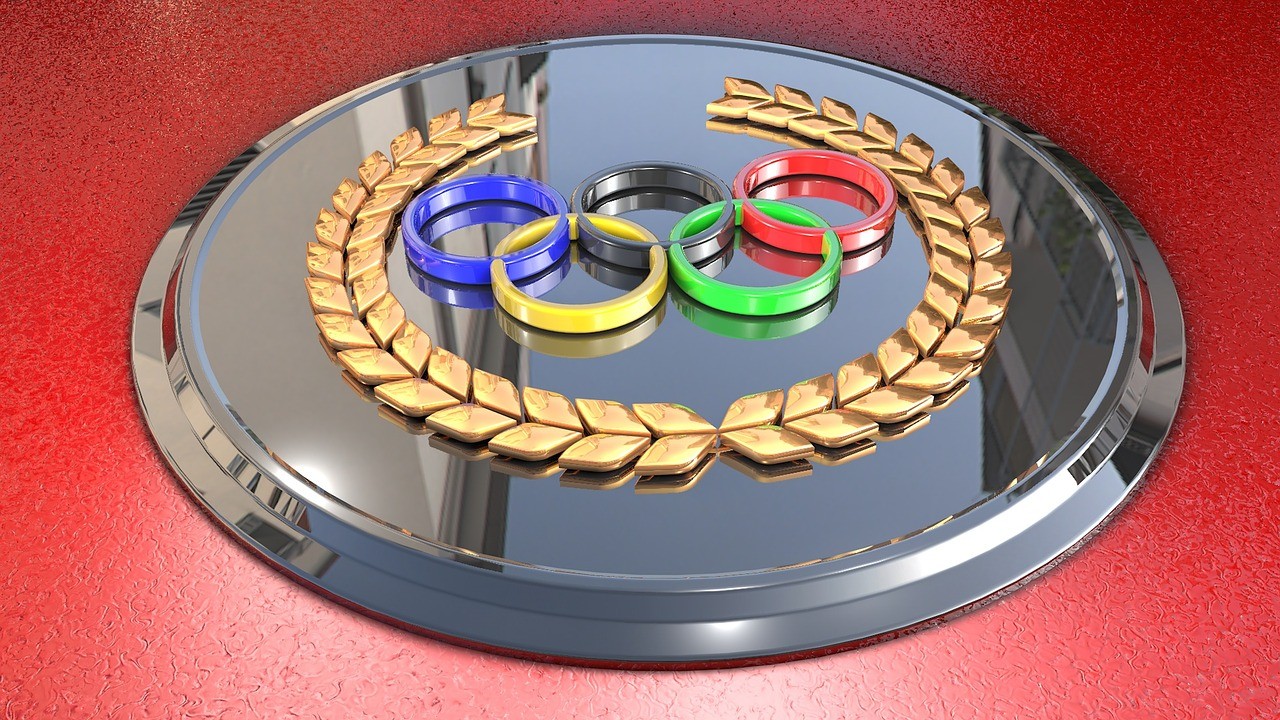 The ring has been adding a special meaning to our everyday lives for a long time. From wedding bands to circular symbols, these take over the world to a different level. Similarly, the five Olympic rings from the logo bring out a new meaning.

Each of these rings represented one of the five continents participating in the 1912 game. As per rule 8 of the Olympic Charter, “the Olympic symbol expresses the activity of the Olympic Movement…and the meeting of athletes from throughout the world at the Olympic Games.”

By interlacing each of the five rings in similar dimensions, the idea of equality was portrayed. The artist wanted to represent that every continent stands on the same level during the game. However, the separate colors of each ring have their own story.

What Do The Colors Of The Olympic Rings Represent? 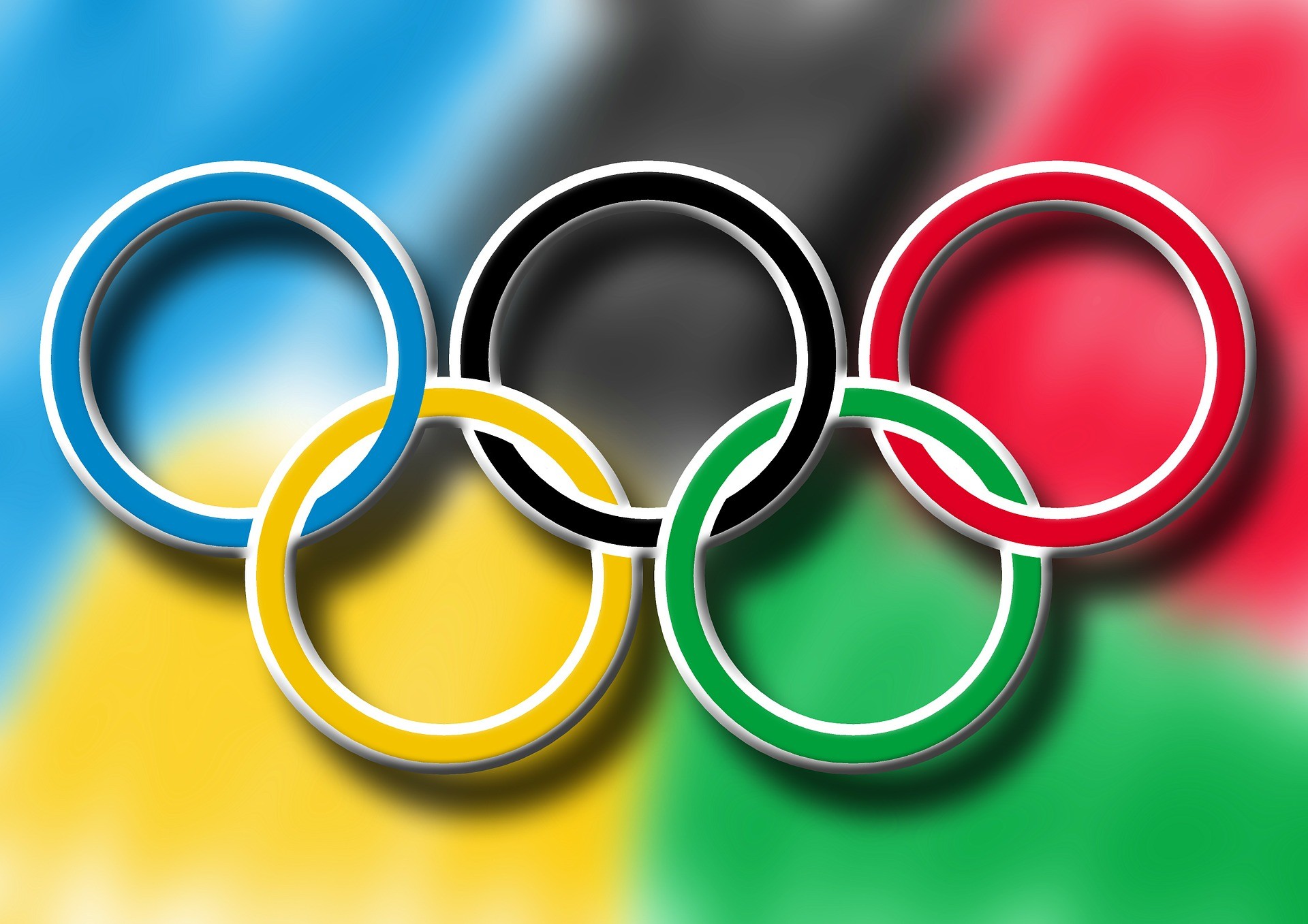 When focusing on the colors of the Olympic rings, different ideas cross your mind. Most people wonder about the colors to represent each of the five continents. Nevertheless, the colors have nothing to do with any country participating in the game. To your surprise, not five but six colors represent the Olympic rings logo.

These consist of red, black, blue, green, yellow, and white in the background. It was because, during 1913, every single flag of the participant countries could be created using these six colors. According to Coubertin himself, “The six colors thus combined reproduce those of all nations without exception.”

The Proud Evolution of the Olympic Rings 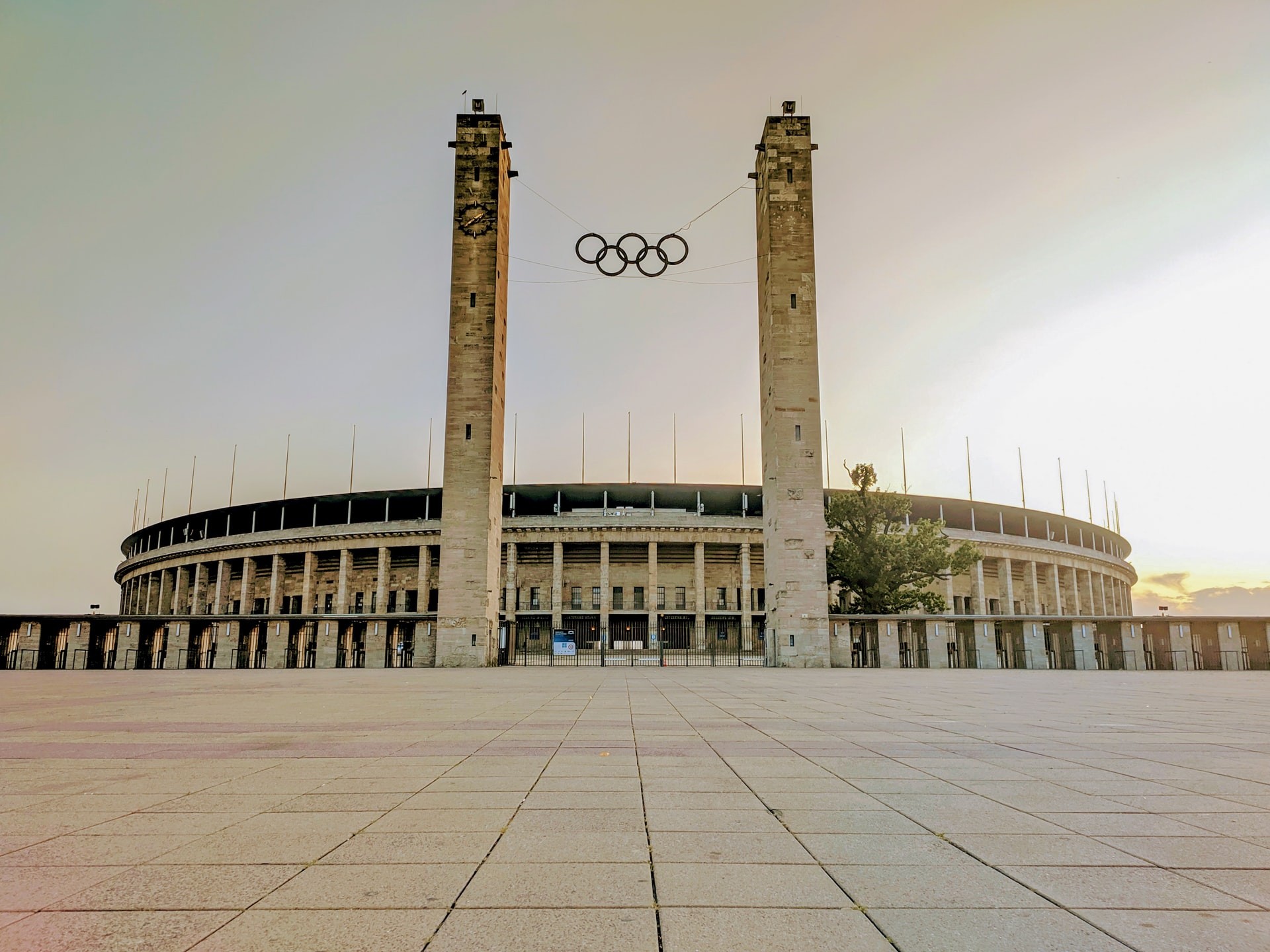 Throughout history, the Olympic rings logo has remained the same. However, its symbol came across a few versions over different years. According to the International Olympics Committee, these are discussed further.

1913 – Introduction of the Olympic Rings 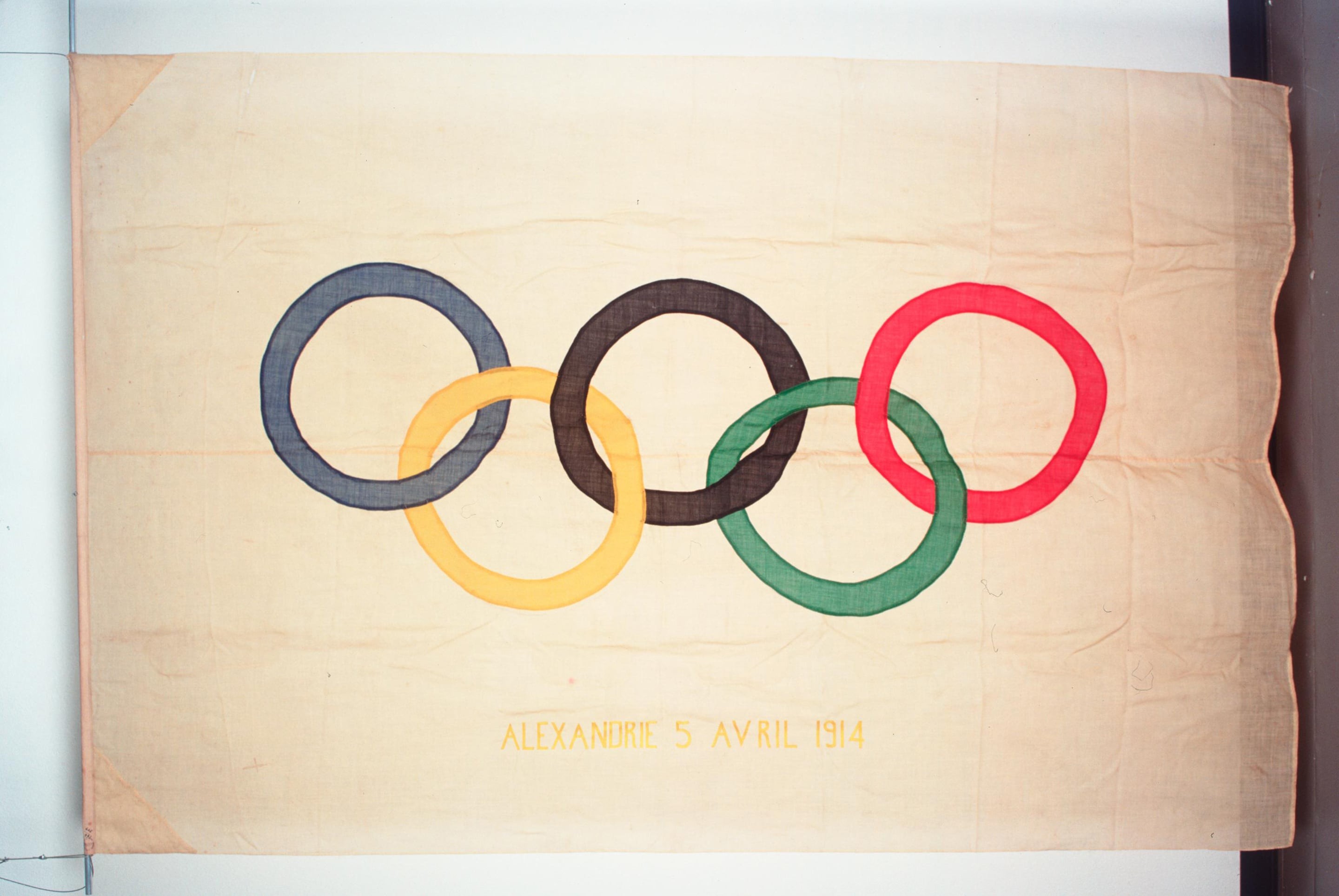 Coubertin’s original version of the Olympic rings was represented in 1913. It included a white background with five interlaced rings in the middle. These were in the colors
Blue, yellow, black, green, and red, respectively.

1920 – Official Debut of the Olympic Rings

The five Olympic rings made their official debut on the white Olympic flag. This first appearance was made in the 1920 Games of the VII Olympiad in Antwerp.

1957 – First Modification of the Olympic Rings 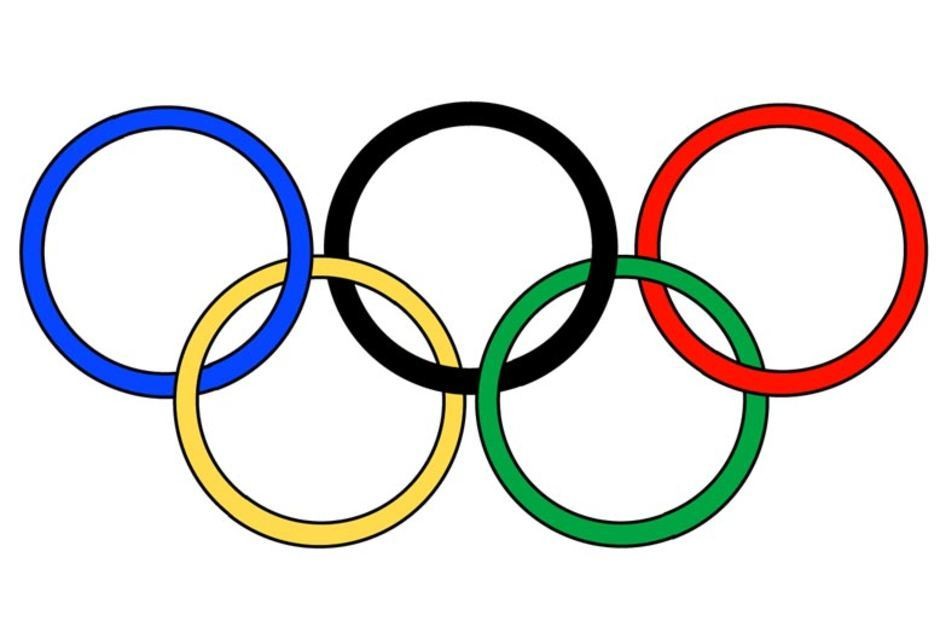 When the Olympic rings remained unchanged for their 44th anniversary, the IOC approved its first-ever modification. It was a subtle difference from Coubertin’s original version.  The two metal rings were slid down a little bit to provide additional space.

1986 – A Graphic Representation of the Olympic Rings 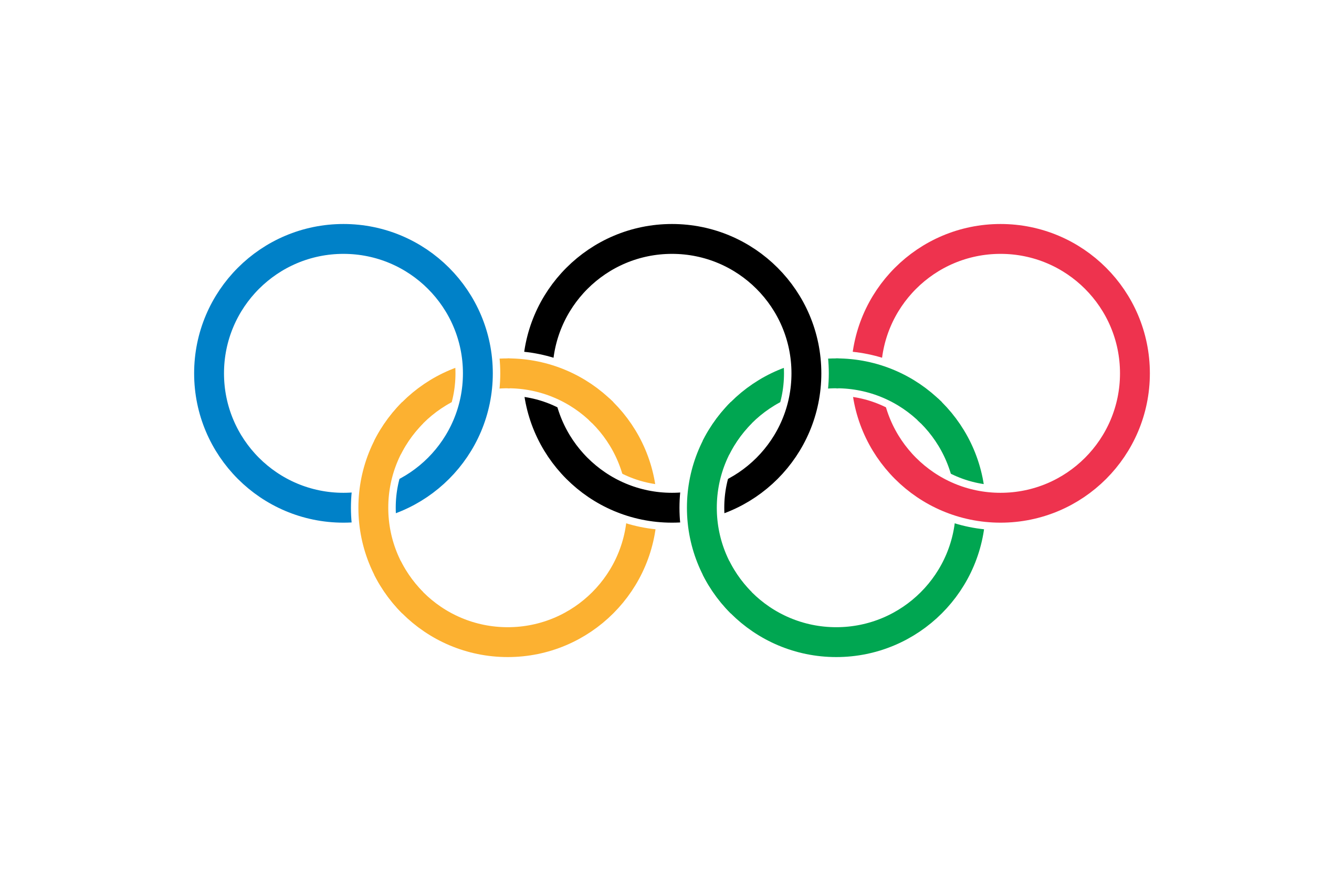 This modification happened after the official representation of the Olympic rings with spaces. The IOC this year revised its graphic standards to add a description for the logo's official version. It described how an official Olympic Rings logo with spaces must be produced. 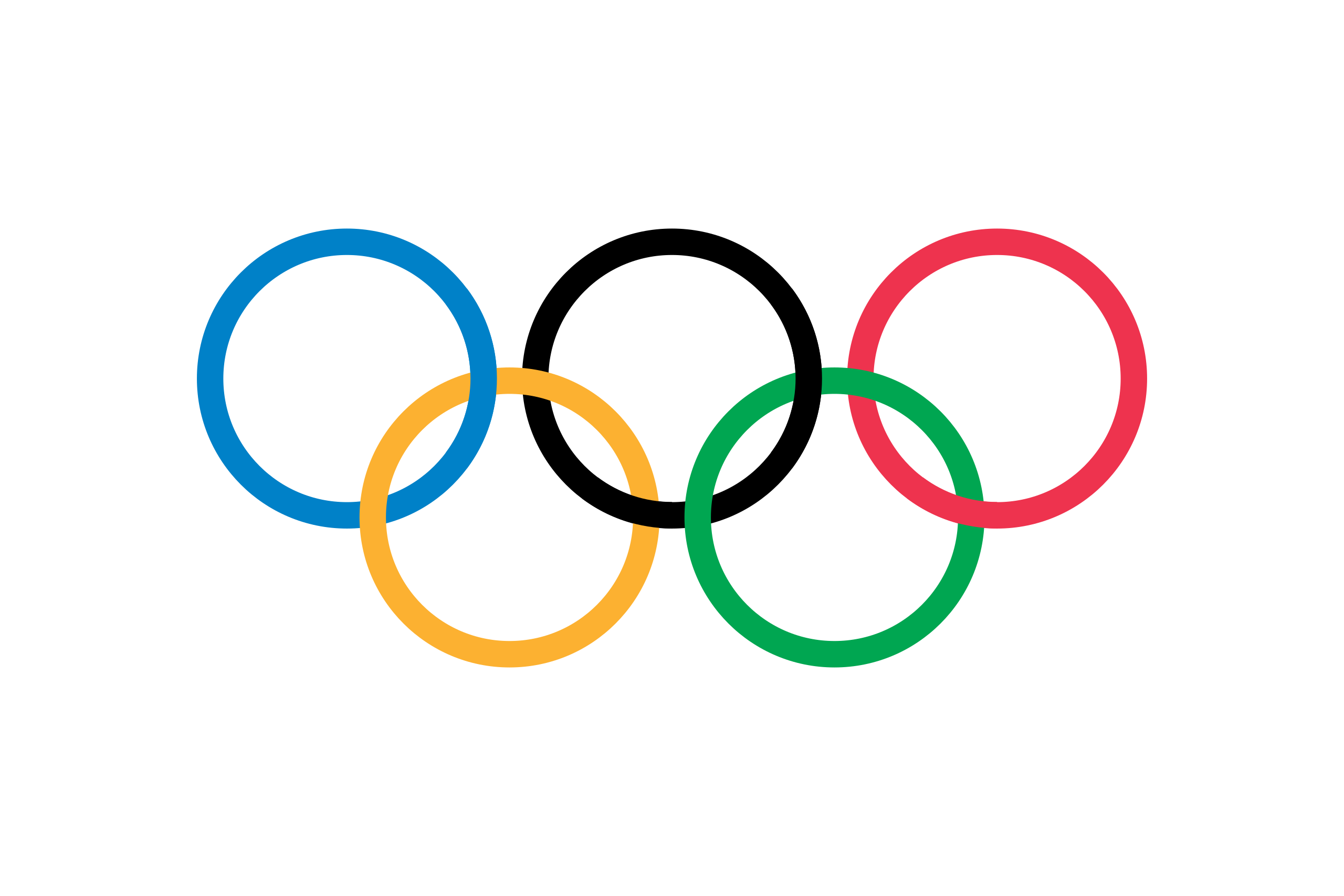 The IOC executive board finally decided in 2010 that the Olympics logo must return to its original version. Hence, the five rings were interlaced seamlessly fulfilling Coubertin’s vision.

The Official Versions of the Olympic Rings

The last of these versions include a logo with a black background and white rings. These six versions are alternatives to the original one. Therefore, these can be used in situations where the full-color version is not possible to produce.

Q. What do you mean by the Olympic properties?

The Olympic properties include,

Each of these properties is owned by the IOC.

Q. What is the Olympic motto?

The original Olympic motto is based upon three Latin words.

The English meaning of these words is,

In July 2021, a new word with its meaning was added to the logo. The new motto now is,

Its English version is,

Q. What does the Olympic flame and torch relay represent?

A few months before the opening of the Olympics, the Olympic flame is ignited in Olympia, Greece, under the authority of the International Olympics Committee. It represents the strong connection between mankind with fire. Also, the location symbolizes the linkage between the ancient and modern games.

From Olympia, the flame is carried to the host city mostly by runners on foot. This torch relay involves other forms of transport whenever necessary. It ends when the final runner enters the opening ceremony and ignites the cauldron with the Olympic flame.

Q. Who is the writer of the Olympic anthem?

The Olympic anthem was written by Kostas Palamas and composed by Spiros Samaras during the game held in 1896 in Athens. Later in 1958, in Tokyo, it was announced as the official version of the Olympics games.