Interesting Facts about the NFL Logo & the History of the League 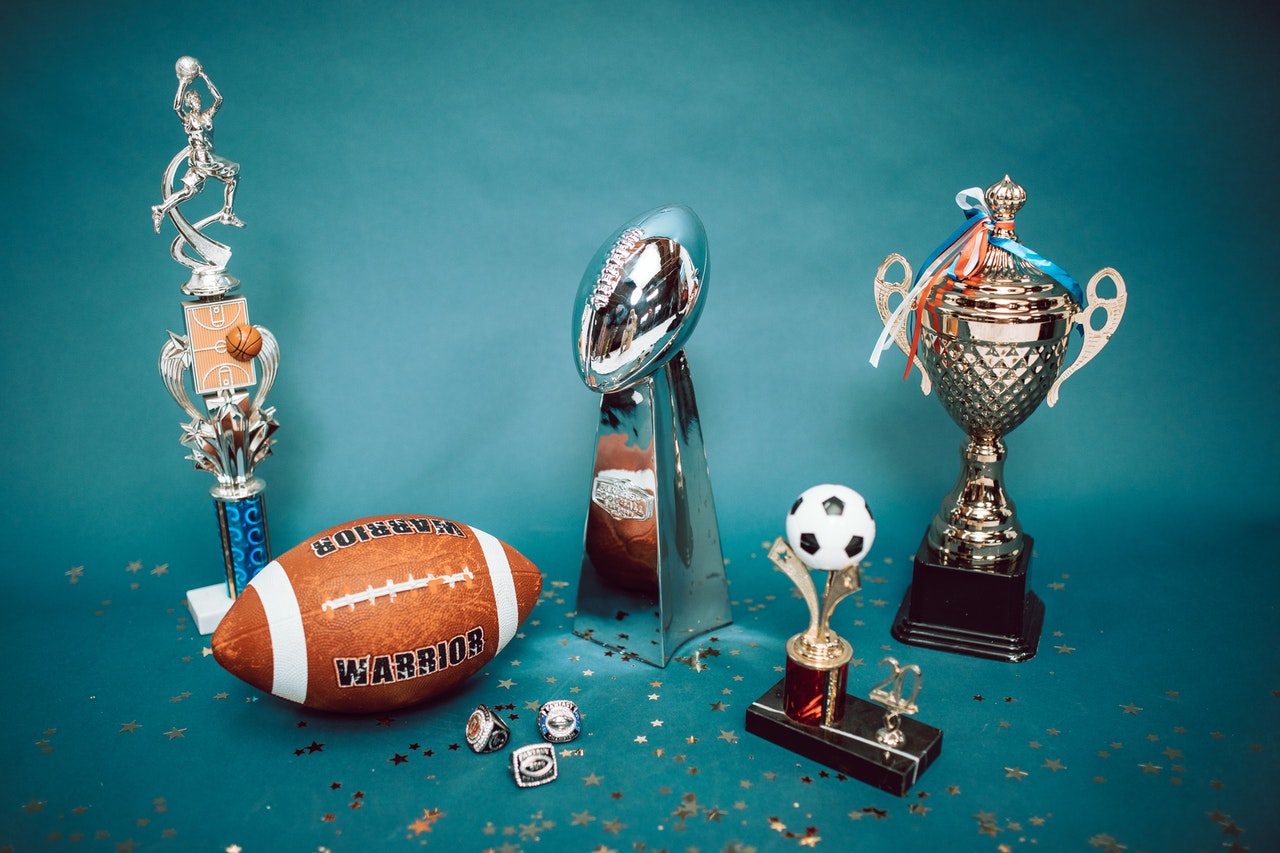 The National Football League (NFL) and its logo hit the sports industry differently. According to reports, the 32 teams in NFL generated revenue of U.S. dollars 12.2 billion in 2020. With decades of enthusiasm and rivalry among teams, football has earned countless crazy fans all over the globe. From great players like Tom Brady and Aaron Donald to Travis Kelce and Aaron Rodgers, everyone has added to the charm of the NFL.

Today, sports lovers seek the history and updates of this league. Similar is the passion among people when the iconic logo design of this league is discussed. The shield logo of the NFL has a long story to share. But before we dig deeper into the logo design, let us take a look back at the league's mesmerizing history.

The History of the National Football League 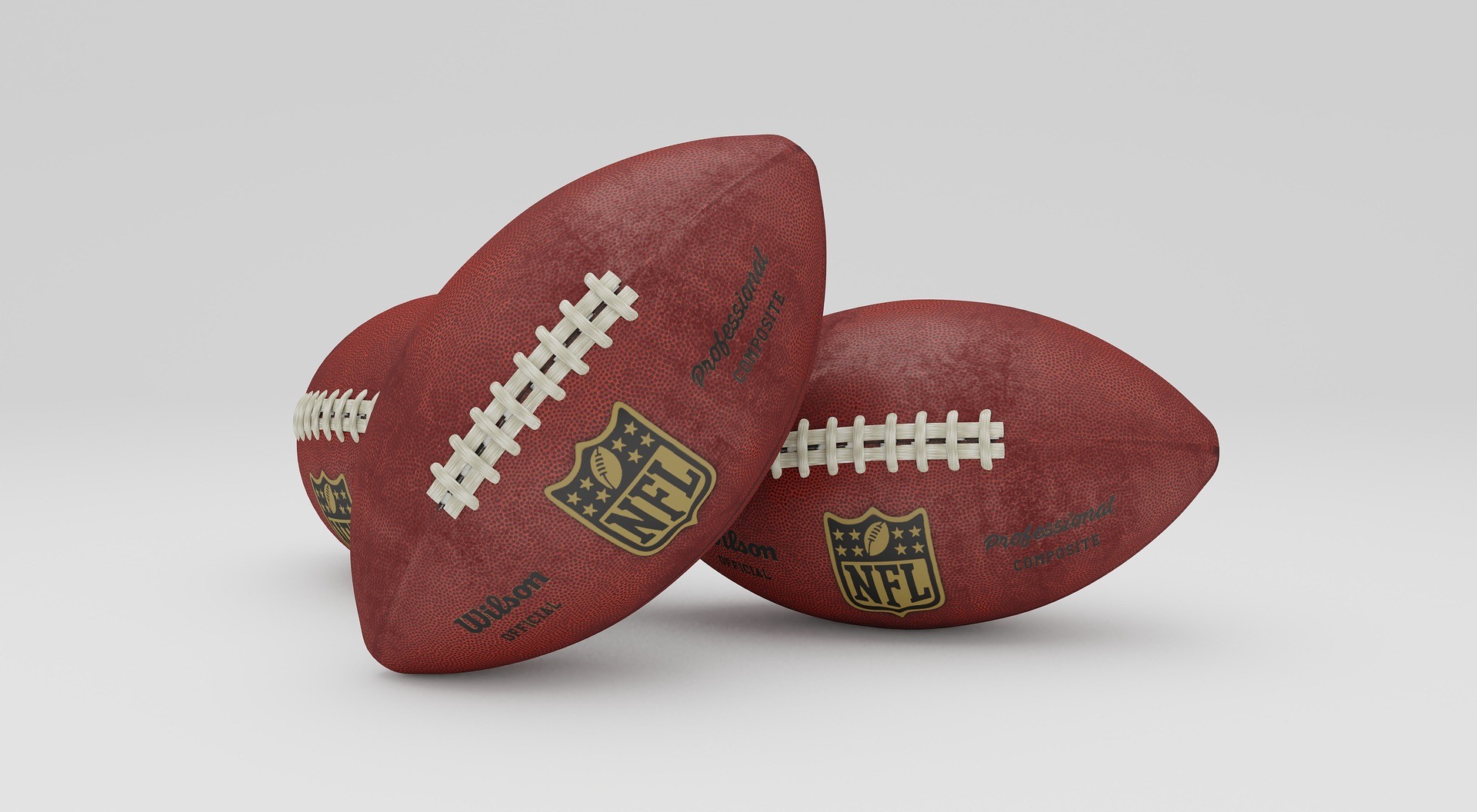 The history of the National Football League dates back to 1892. However, its formation happens to be the event of September 1920. Initially, it was named the American Professional Football Association. When the league’s first-ever season was organized, 10 teams from four different states participated.

Later on, in June 1924, it was renamed the National Football League. The concept behind the formation of national football was given by Jim Thorpe and Leo Lyons. Thorpe, an American-Indian former Olympic athlete was the player-coach of Canton Bulldogs. Whereas, Lyon was the proud owner of Rochester Jeffersons.

In 1971, the teams of both founders played until Jeffersons lost badly to Bulldogs. In response, Lyon shared his idea of forming a football league with Thorpe, which could stand against the popular Major League Baseball. The idea was then frozen due to the Spanish Flu outbreak in 1918.

The timeline between 1920 and 1930 revolves around the growth, organization, and stability of the NFL. Unfortunately, in 1927, the league restricted black players from participating in the game. It became a rule until the World War II era and lasted till 1946.

With the start of 1958, NF was a championship game played under the title ‘The Greatest Game Ever Played.’ 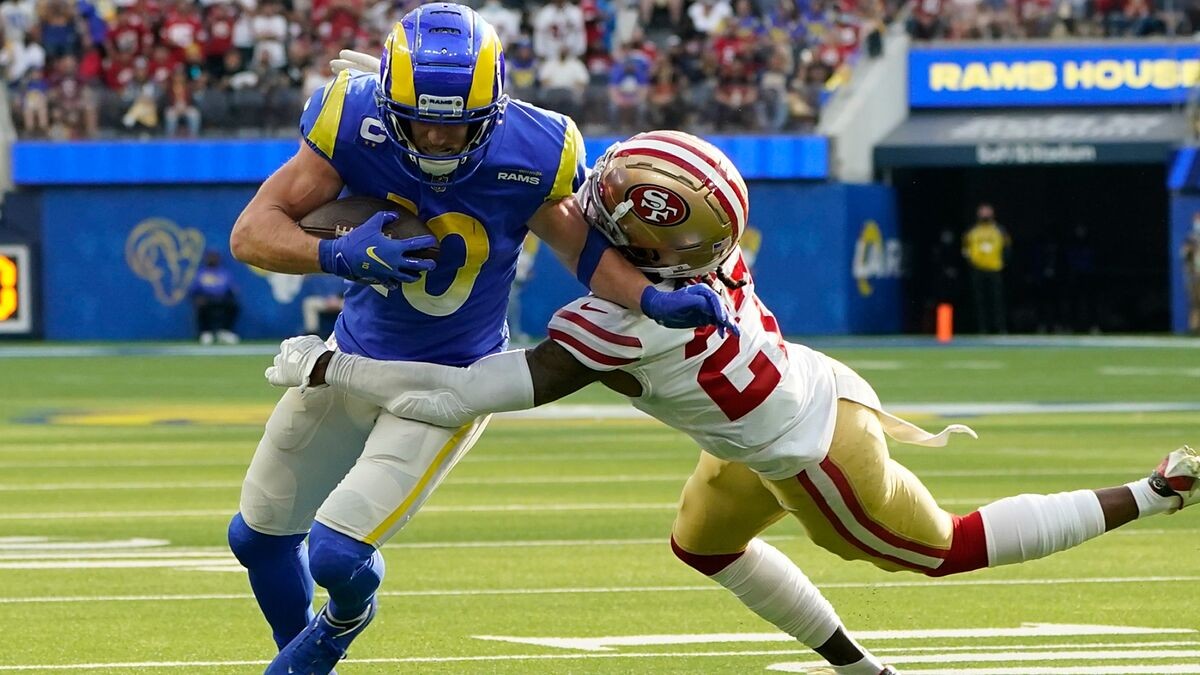 In 1959, a rival organization was formed against the National Football League. It was titled the ‘American Football League (AFL)’, which continued to endeavor unless it came across a forced merger with NFL. While AFL compromised on its name, the league made NFL adopt different innovations for the merged league. For instance, jerseys with players’ names, sharing of revenue, and gate along with an on-field clock.

As a result, the league's value increased, making it more expansive than usual. Also, it became the reason for the launch of America's most popular sporting event, the Super Bowl. Reports state that the 2022 edition of the Super Bowl TV viewership crossed 99.18 million viewers within the USA. This match was won by Los Angeles Rams who enthusiastically emerged against the Cincinnati Bengals.

After the exciting merger of AFL and NFL, no other rivals came up. It was until 1974 that the World Football League came up. The rival successfully snatched away a few talented players away from the NFL. Sadly, the WFL was forced to wrap up its second season after facing a set of financial crises. In response, many teams from the tried failed attempts to enter the National Football League.

The next rival of the NFL came up in the early 1980s. It was the United States Football League, which turn out to become the biggest threat to NFL in history. It started great and battled with NFL wherever possible. However, after a three-year leap, it failed badly. This left the National Football League As an impossible-to-beat event in the sports industry! 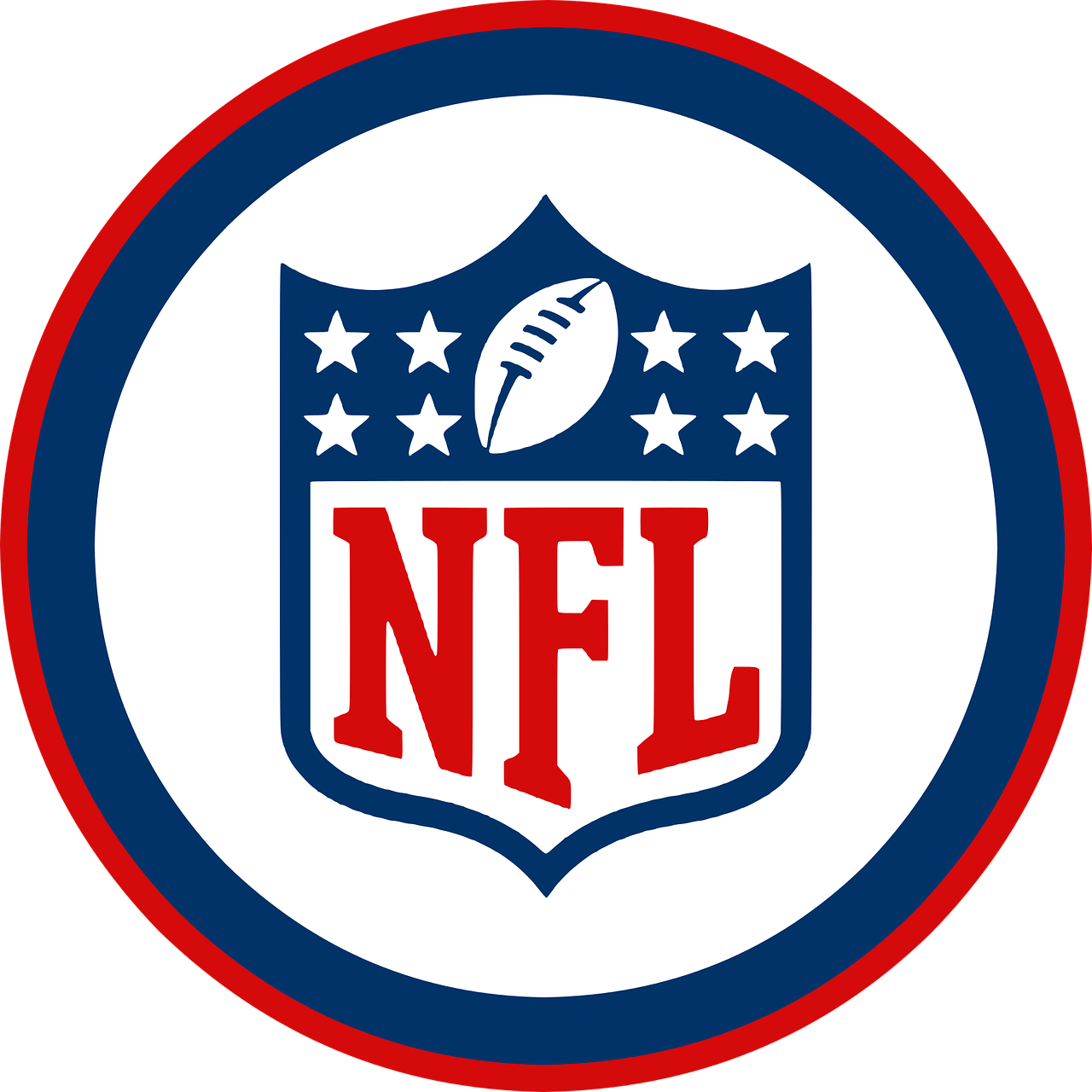 NFL’s symbolic logo design has been around since the formation of the national football league in 1920. Its overall appearance is unique and easy to recognize for anyone familiar or unfamiliar with football. The logo consists of a shield, eight stars, and stripes from the American flag along with an inscription NFL. Its type font is straight serif in all the letters are capitalized.

These elements went under a few alterations without affecting the concept behind the logo. Keep reading to know every detail of the logo from its birth till date.

The Evolution of the NFL Logo 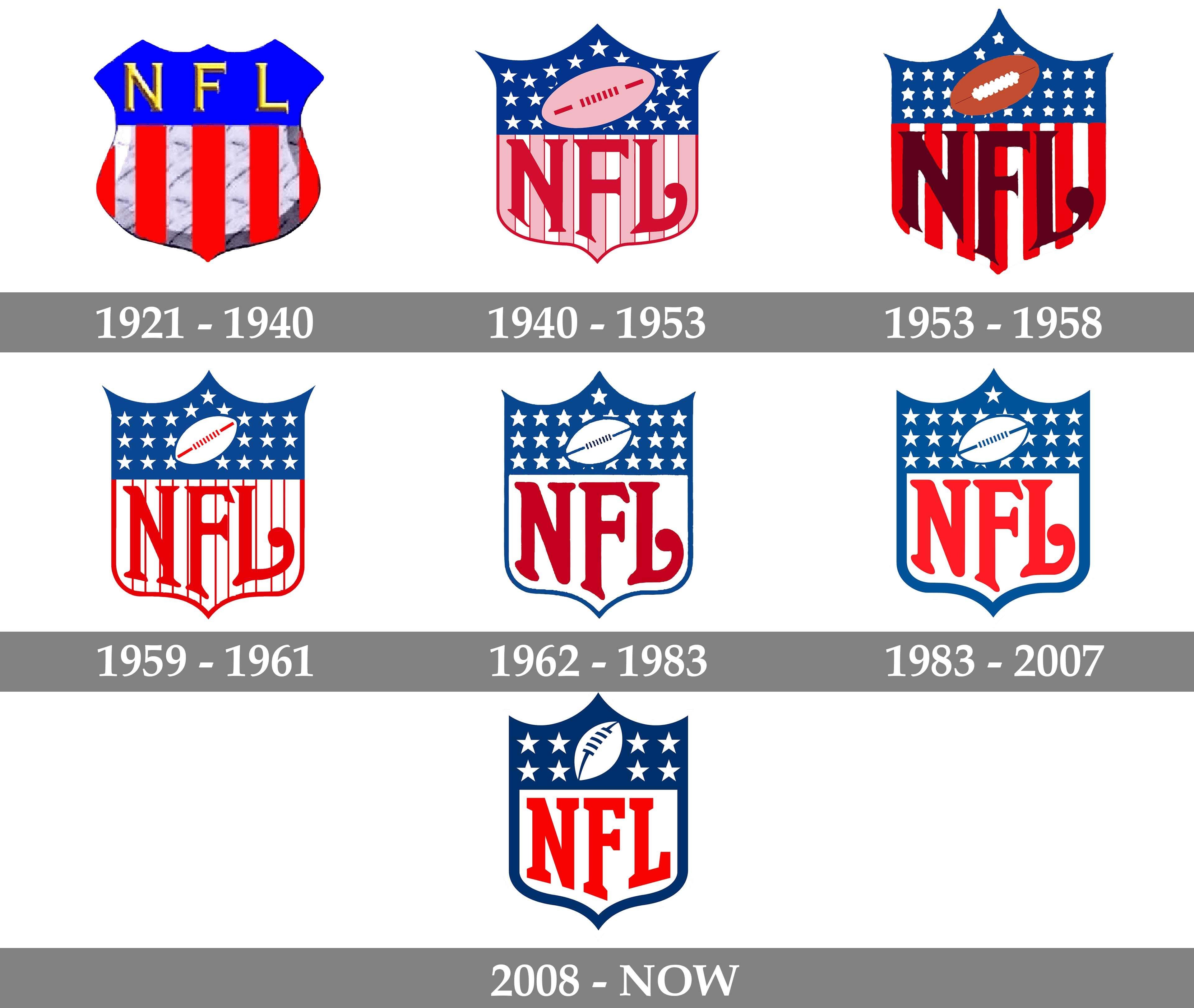 The NFL logo evolved with time only to come along with a few positive changes. Its latest version is way better than the original one. Check out the yearly alterations of the logo from 1921 to date.

NFL's creative logo was introduced in 1921 with the launch of the American Professional Football Association (APFA). The shield is an element in the logo since the time its name was changed to NFL. What happened in the 1940s is its first alteration. Its wordmark was shifted downwards while the stars move to the upper part of the logo. Also, the letters were given a more prominent look. The last change that occurred in this logo was the revision of its stripes to pink. These elements turned out to be the base of the latest logo design.

This error experienced multiple color changes in the logo. However, the NFL logo went through a major change in 1970. It was the removal of the red stripes behind the NFL wordmark.

In 1983, a new version of the logo was introduced. At the first glance, it looked similar to its predecessor. Nevertheless, its shield included a thicker border for a prominent look. Also, the oval ball position was changed in the logo.

2008 is the year when NFL's emblem became the brand logo that it happens to be today. Each component in the logo was updated this year. The first change was a significant reduction in the number of stars. These happen to be eight now, each representing a particular division. Moreover, the outer border of the logo was updated in the position of the Oval ball was slightly changed. Not to forget, the font was updated to a straight serif eliminating the prominent curve from the letter L.

Interesting Facts about the NFL Logo

Besides the evolution in alterations in the logo, some stunning facts happen to astonish NFL fans. The best of these are discussed below.

*)   The shield in the NFL logo happens to represent the team’s commitment to the standards of the sporting industry.
*)   The ball on the NFL logo is made to resemble the Da Vinci Lombardi trophy that is awarded to the winning team of the Super Bowl each year.
*)    Each team in the National Football League has a separate logo.
*)    On average, the logo of an NFL team remains the same for at least 14 years.
*)    The original NFL logo consisted of 25 stars for no particular reason.
*)    New Orleans Saints is the team that happens to own the best NFL logo.
*)    The oldest logo in NFL is owned by Dallas Cowboys. 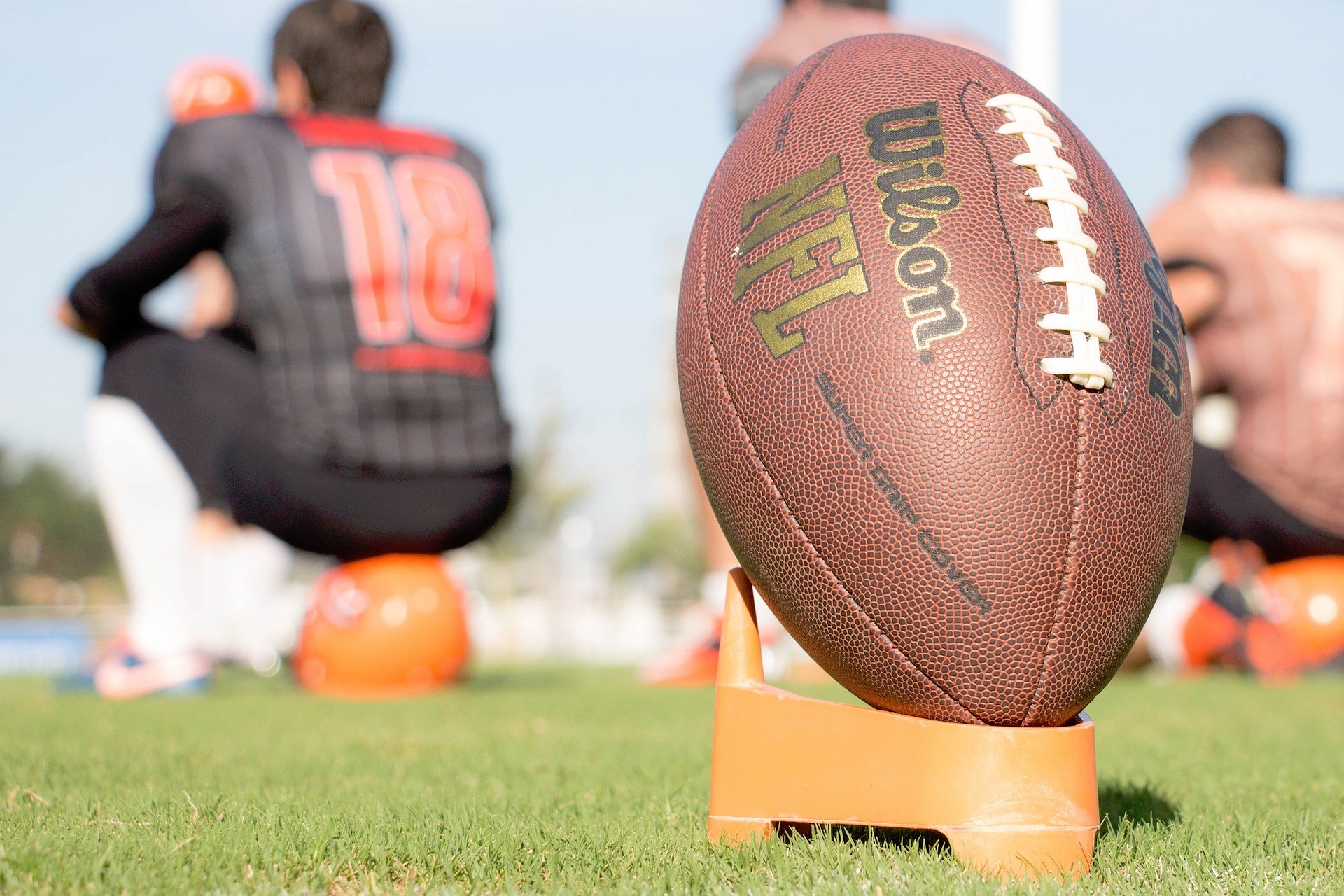 The National Football League and its logo are interesting topics for everyone around. From stating amazing facts about the symbolic logo design to sharing the history of the league itself, the level of interest remains the same.

There is much more to the details of the NFL and its emblem. If you are an NFL fan too, feel free to share the facts that you know. Let us know about your favorite NFL team and players.